35
b.Ignatius. His letters to churches and to Polycarp are widely quoted in the early church

60
b. Papias, Bishop of Hierapolis in Asia Minor. "He was a man of long ago and the disciple of one 'John' and a companion of Polycarp," according to Irenaeus

64
Emperor Nero (reign 54–68) blames the fire that destroys much of Rome on the Christians. He persecutes the church ruthlessly, and uses Christians as candles to light his garden. It is likely that both Peter and Paul were executed during this persecution 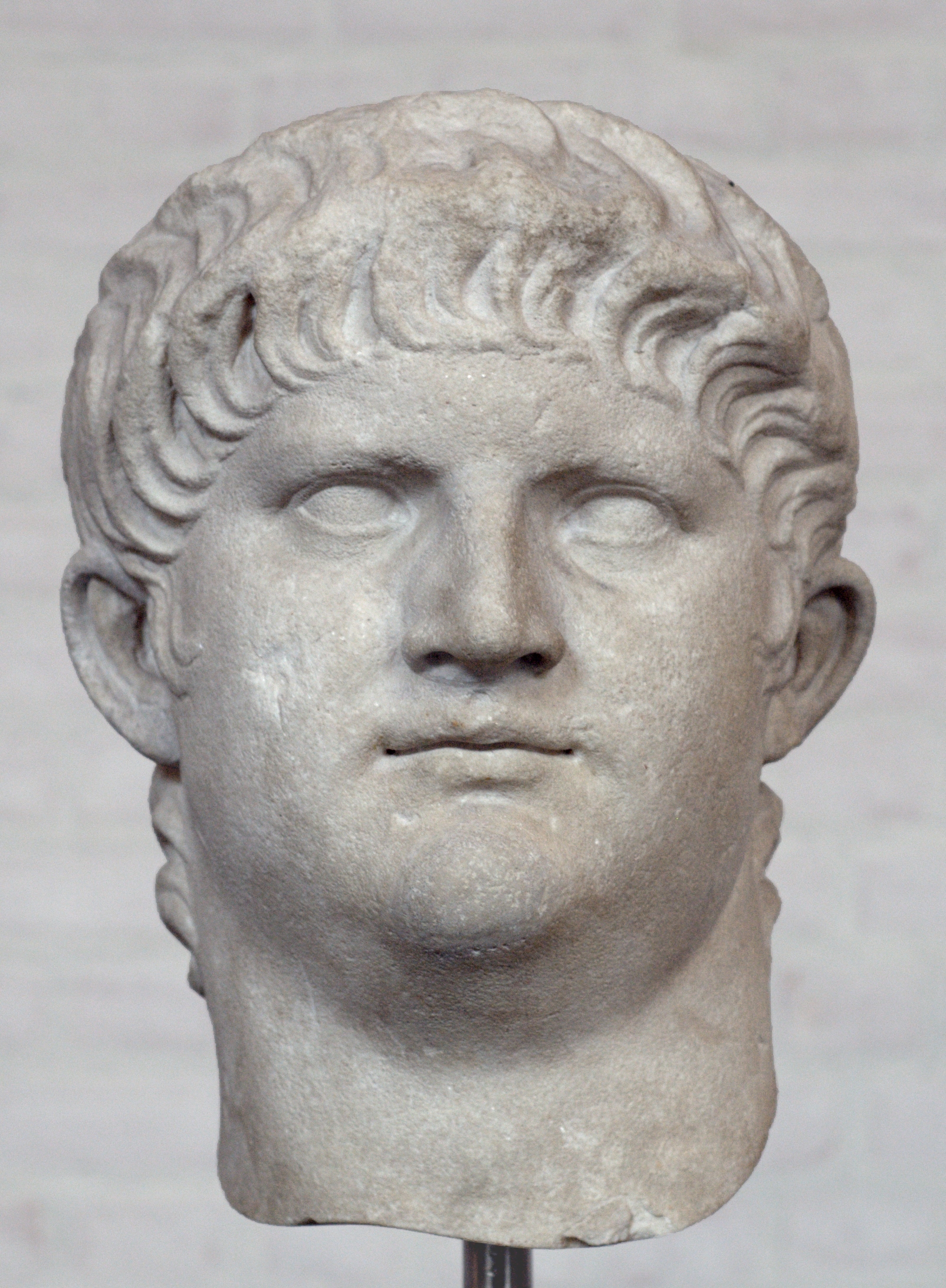 Head of Nero, from an oversized statue, about 2.40 m height.

69
b. Polycarp, in Smyrna. He was a strong defender of the faith in Asia Minor combating the Marcionites and the Valentinians. Irenaeus reported that Polycarp had communication with John the Apostle and 'others who had seen the Lord'

81 - 96
Reign of Domitian. As Emperor, he persecuted both Jews and Christians 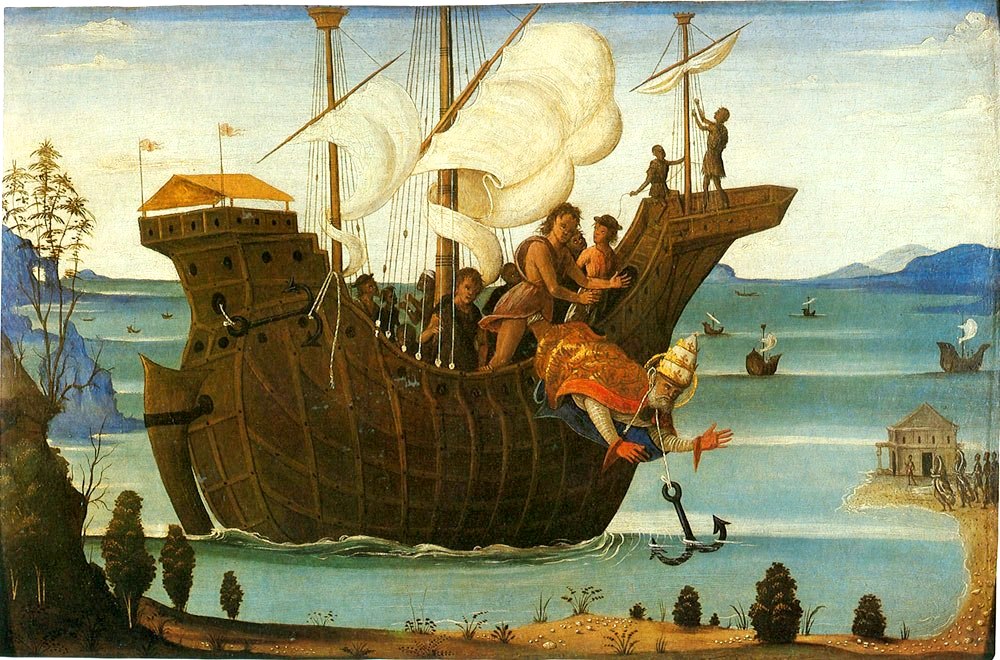 According to tradition, Clement was martyred by drowning with an anchor. He is associated with anchors in art, and is often depicted in Papal garb, because he was a very early bishop of Rome.

98 - 117
Reign of Trajan. Trajan eventually instituted a policy toward Christians that staid in effect until the time of Aurelius. His policy was not to seek Christians out, but if they were brought before the authorities they were to be punished, usually executed, for being Christians

99
By the end of the first century it is possible to document congregations in almost every city that Paul visited on his three missionary journeys. There are also a few churches in Egypt and along the coast of Northern Africa

107
Ignatius led to Rome and martyred

115
b. Ireneaus, the first great Catholic theologian and author of Against Heresies, a treatise against the gnostics